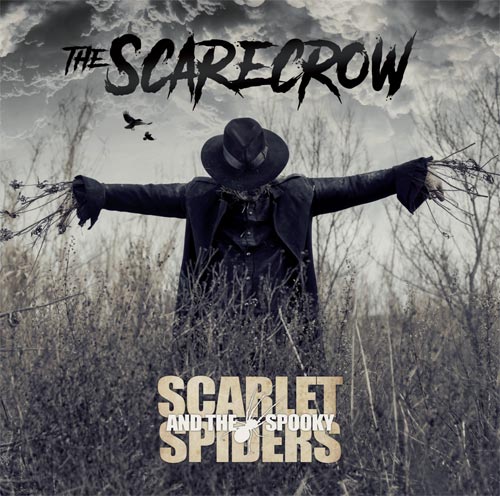 The time has come.
After five years of apparent silence, we are back, resurfacing from a gloomy time warp hole in the continuum of space and again we shakes the whole foundation of the music scenario with a shining brand new album.

Twelve tracks of new nightmares, visions, dreams and bad trips are ready to drip from your favourite music player.

Be aware of Red Eyes’s classic hammer horror vibes, take a trip in time and space with The Man in the Blue Box, run away from an alien odd invasion in Walking Backward or simply take a rest with them and celebrate as a Loser on Parade.
Follow The Scarecrow as he slowly take you by your hand and listen to the untold story of a man… of his love and… of a bloody end.

Artist: Scarlet and the Spooky Spiders

Artist: Scarlet and the Spooky Spiders